As we approach mid-Summer the birds become much quieter. Most tend to stop singing – they sing to defend a territory and attract a mate. Once they have raised their young there is less need for that.

Many birds will now moult their feathers. At this time of year, you will see Robins with no red breasts, or at least very tatty ones. We have one coming to the feeder regularly at the moment and it does look very scruffy. That will soon change, it will get back into its normal smart plumage with a new set of feathers.

The bird sounds that you can hear now are their contact / alarm calls. Often groups of birds will feed together and if danger approaches one or more of them will sound the alarm, so they can all fly to safety or hide deeper in the bush.

One of the highlights of the summer months for me is a trip to Newtown Common, just the other side of the A34 – so a short drive. We aim to visit mid-June and arrive at about 20:30. That gives us time to walk to our favourite bench, settle down with a flask of coffee and wait until it starts to get dark.

Usually, the first of the birds I am looking for will arrive at about 21.30 – a Woodcock. You can see them flying over the trees. They patrol over their territories in the wood – this is known as roding. If you are close enough to hear one - within 200 yards or so - you will hear a few grunts / growls and then a high-pitched wart-wart-wart. I think that sounds a bit like the sound that rain makes on electricity wires on pylons.

Woodcocks breed in moist woodland and until recently used to breed around Vernham. However, as with many birds they are in decline, and I don’t know of any current breeding sites near the village. I occasionally see them in the winter months when birds from the continent will come to the UK for our milder winters.

However, it should be noted that it is fairly recent colonist in the UK, being reported as breeding for the first time in the 1820s. 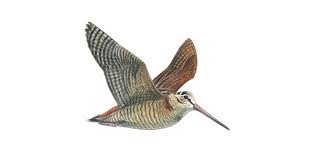 A Woodcock in flight

A Woodcock in flight

Several males will display (roding) over the same wood. The females will be on the ground displaying – fanning their tails. Once paired they stay together until the female has completed laying her eggs – usually 4. After that he will start roding again to attract another female.

The star attraction of the night for me will start ‘churring’ at about 21:45. Initially quietly and briefly and it will get louder as it gets darker and more continuous – a Nightjar. Always difficult to see them well as it is usually getting dark as they appear, but the sound they make is very unusual. The males also clap their wings together under their bodies as they fly.

Hampshire is the number one county in the UK to see Nightjar – a special bird for us. And it is a migratory bird arriving here just to breed in the Summer and then in the Autumn moves south to the sub-Sahara area of Africa.

This year we found 4 Nightjars in the area we watched at Newtown Common. Spectacular!

They lay their eggs straight onto the ground. It is thought that they time their egg laying so that they are laid a few days before a full moon. This may be because, their food – moths and insects – are easier to catch when there is more light from the moon. 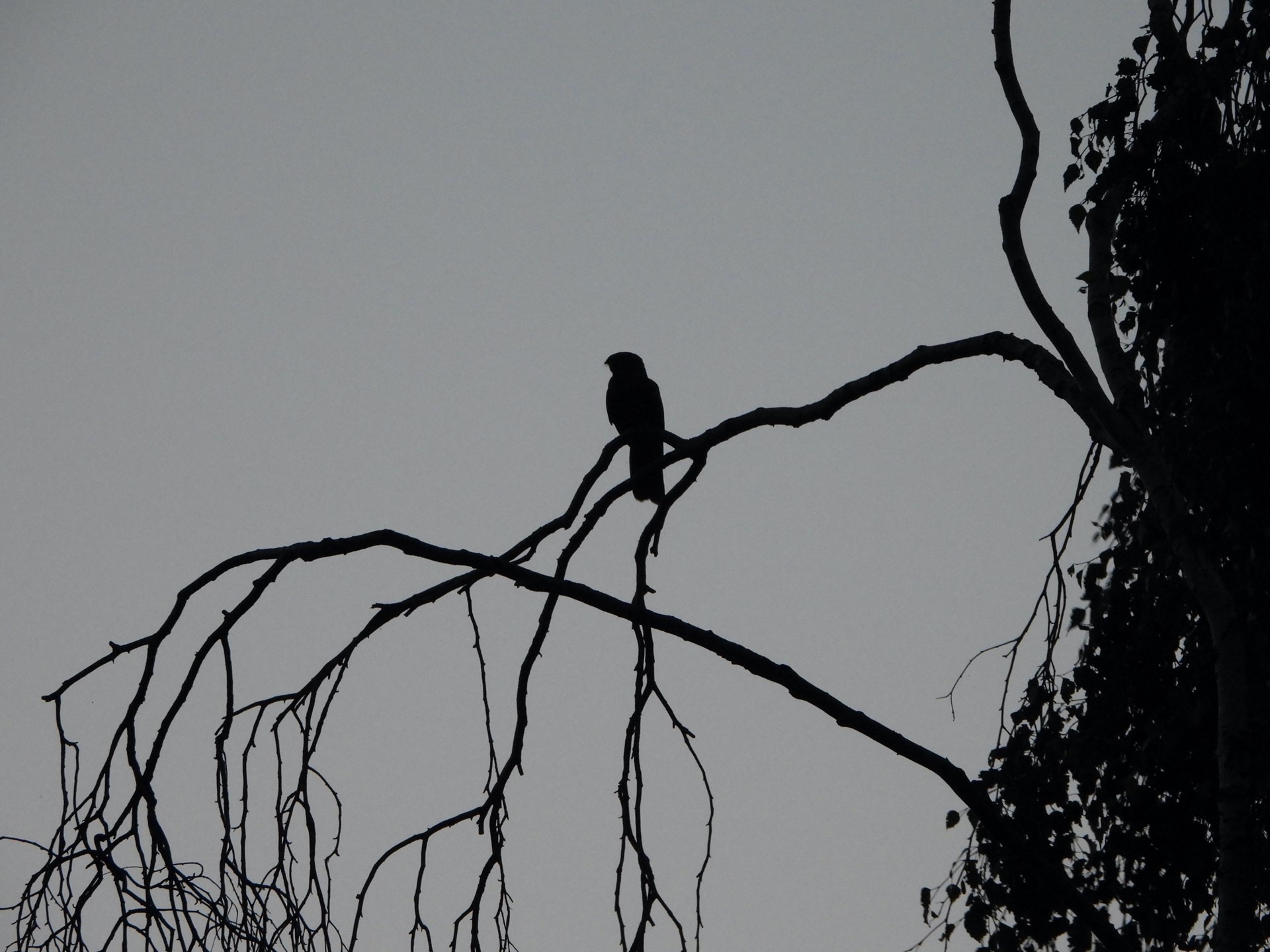 A Nightjar in silhouette at Newtown Common

A Nightjar in silhouette at Newtown Common

I am enjoying browsing through ‘Hummingbirds – A Life-Size Guide to every species. I have seen many different types in my travels over the years, but to sit down with this small book is a brilliant reminder of the birds I have seen and the ones I will see again once we are over the Covid19 restrictions. I am very much looking forward to it. 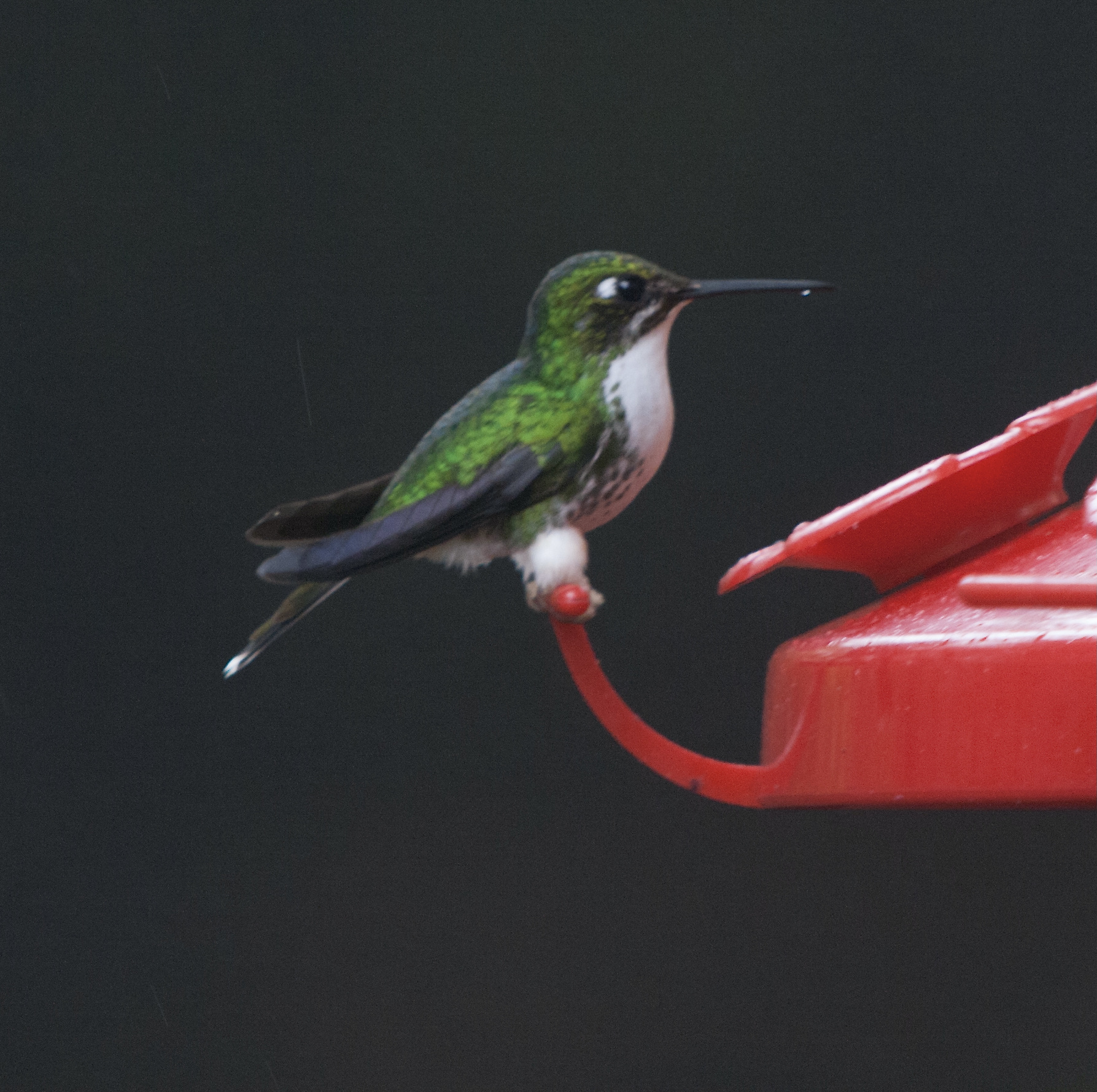 I know not a bird from Vernham – but that’s a Racket Tailed Puffleg. One of my favourite hummers. What a great name! It lives in the Andes and needs those feathery lags to stay warm.

In the meantime, I watch the Naturetrek virtual tours – yes live birdwatching from your sofa. See https://www.naturetrek.co.uk/tour-focus/virtual-tours The South American ones usually feature hummers!

In the last few weeks, I have ‘been’ to Argentina, Ecuador, Spain and Panama, bird watching! Just for an hour each time and best of all there is no charge.